Scrutineering, prologue, and the race start will all take place in Ha’il. From there, participants will travel south through Riyadh, which is also where the scheduled rest day will be made. The 2022 Dakar Rally conclusion will see participants end up in Jeddah at the end of all twelve stages of the event.

Official Schedule of The Dakar Rally 2022!

The Amaury Sports Organization (ASO) has officially declared the date of the Dakar Rally 2022. Once again Saudi Arabia is going to be the host country of the event from 1st to 14th January in the next year. 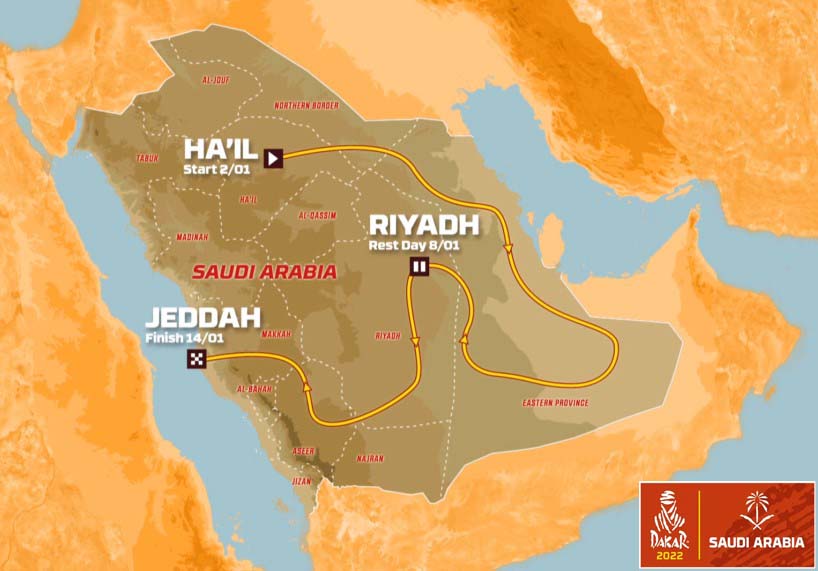 In association with the Saudi automobile and motorcycle federation, the organizer will organize this exciting rally show for the third time in the country.

The riders are drawing their dreams on the dunes of the Arab desert. It would be a thrilling journey filled with dedication, endurance, endeavor, pain, and pleasure. And the millions of people across the world are waiting to enjoy all the sensational sessions.

We hope that you would never like to miss the momentum of the earth show. So, let’s have a close look at the official schedule of the Dakar rally show 2022 live stream.

This is the long-cherished day for the thousands of riders and crews to participate in the biggest car rally event. And millions of audiences across the world are waiting to enjoy the event. On 2nd January 2022; HA’IL would be the hosting city of the 44th edition of the Dakar rally.

And the organizers are attempting their best to have a meaningful journey from the holy HA’IL city. The bikers, riders, and crews from different countries getting prepared to participate in the world’s dangerous race in the desert.

And like the organizers and participants, the audiences are also taking preparation to enjoy the show on the Arabian desert. To confirm easier travel, the agencies have also opened their registration process with different packages.

On the 2nd January 2022, the world is going to experience another unforgettable human adventure beside the Red Sea coastline. On the toughest condition of the Arabian desert, the biggest rally-raid will be an amazing experience for the rider and audiences.

Before getting started on 2nd January, the riders will have to go through two particular sessions. One is scrutineering for a final checkup from 30 to 31st December 2021. And another is to initiate a prologue and podium of all riders, crews, and organizers on 1st January 2022.

Through the five days of the journey from HA’IL to Riyadh, the competitors will go through five sensational stages among twelve. And the day after would be the day to take a rest in Riyadh.

Rest on Saturday, January 08: The Day for Fighting against Time

Riyadh, the capital of Saudi Arabia would be the resting city for the riders on the 44th edition of the upcoming event. After 5 days of deadly adventure on the substantial stretches of sand from HA’IL to Riyadh, the drivers and crews will take a rest for a day on 8th January.

According to the rally director David Castera, it wouldn’t be an easy job to reach Riyadh from HA’IL on the sandy desert. Furthermore, it could be surprising to face dunes in the desert. And we might lose some of our competitors to reach Riyadh he added. 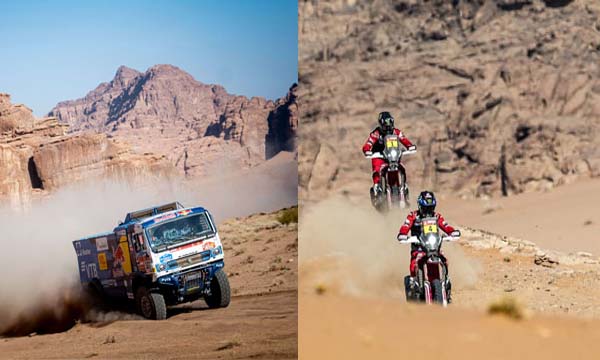 On this particular day, the riders will get a chance to recharge themselves for the next fight on the most challenging stages. The competitors define the day of rest in their ways. To someone, this is the day for just sleeping, and to someone the day of preparation for the final stages.

The competitors will check the gears and spares of their cars, bikes, quads, and trucks to fix them before the next mission. And this is the day to draw the mission map for reaching the destination on 14th January. On 08th January, they will rectify their past mistakes and reenergize themselves to sustain in the mission.
Therefore, the day of rest is not the day to waste!

End on Friday, January 14: The Day of Delight

The legendary Dakar rally raid 2022 will end up on the 14th of January this year. And this time Jeddah would be the final destination for the racers. To reach the desired destination, the competitors will race for 8000 km distance on desert alongside the Red Sea coastline.

After ending the rest day, the drivers and crews would have to struggle into the empty quarter filled with dunes and bivouacs. And the riders will go through two loop stages including bivouac and marathon without any external assistance.

According to Castera, the competitors will complete the twelve days of schedule to reach the ultimate destination. And to finish the race, the drivers and crews will compete against the toughest routes including 4000 km of special stages and 3500 km of liaisons.

Finally, the people will see the successful riders who will reach the ultimate goal of the 44th event of the fearless rally race. And the city of hope Jedda will be the place of champions, winners, and successful riders of the year.

And the audiences will enjoy a colorful Friday with all the amazing guys who are inspirations for the next champions. See Full Details

Due to the COVID-19 pandemic, the organizers are so careful to arrange the world’s thrilling Dakar rally raid show 2022. Although many of the issues have yet to publish, we are trying our best to keep you updated with all official news and updates Dakar Rally Schedule.

We hope that this schedule guide will help you a lot to accomplish your preparation. And please stay with us for more about the next Dakar rally in Saudi Arabia.